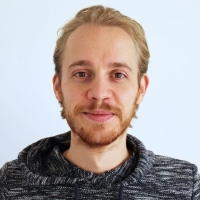 Mycobacterium tuberculosis (Mtb), the causative agent of tuberculosis (TB), is responsible for the death of an estimated 1.7 million people annually [1]. Although TB can be cured by extensive antibiotic treatment, there has been a rise in multi drug resistant TB, extensively drug resistant TB and total drug-resistant TB. Therefore, the development of novel drugs against mycobacteria is of major importance, but also challenging: latent Mtb is intrinsically drug resistant and its unusual highly impermeable cell envelope protects the bacterium from antibiotics. Specialized secretion systems are found in this cell envelope, one of which system is present only in virulent mycobacteria and is essential for their survival [2]. To exploit this protein as a novel target for antibiotics, an extensive whole cell-based high throughput screening campaign was conducted by the VUmc department of Medical Microbiology and Infection Control, from which several compound classes were identified as inhibitor.

Mark works in a close collaboration between the medicinal microbiology (VUmc) and synthetic organic chemistry (VU) research groups to better understand these identified inhibitors. Through the synthesis and derivatization of the target molecule classes, he aims to study their binding and increase their activity/uptake.